Our tickets to the Acropolis was inclusive of entrance to the Ancient Agora of Athens. The Agora during its ancient days was a space might have been used as a market, or for an election, a dramatic performance, a religious procession, military drill, or athletic competition. Here administrative, political, judicial, commercial, social, cultural, and religious activities all found a place together in the heart of Athenians.
Posted by kay_leeda at 4:20 PM No comments:

One good thing about doing your own travel itinerary is that there is no pressure to rush off to places and keeping to the tight schedule with the tour group. No doubt doing a DIY travel would require a lot of walking on foot. The feet do come to protest after a couple hours of walking. And when they do, we know that it's time for some light refreshments. 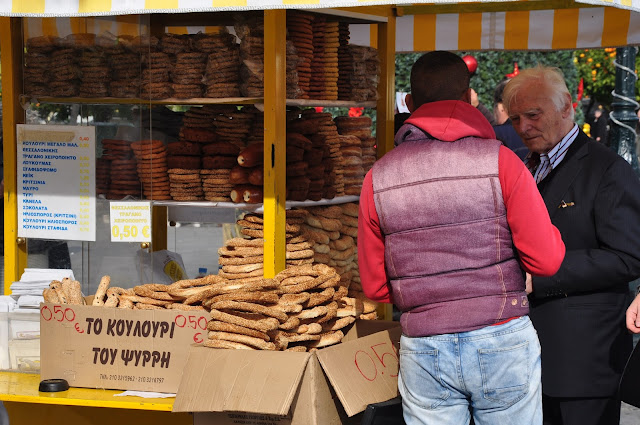 So after the quick stroll at the library, we stopped at a street seller for some Greek sesame bread rings or koulouri.

We walked a bit further and ended up at Monastiraki Square - an open market square with bustling shops, street vendors and open markets.

Monastiraki area spreads out at the foot of the Acropolis to the North of the Hephaestus Temple in  the Ancient Agora  and south of Ermou street; it’s a  charming alloy of colors, smells, tastes and senses.


At the south corner of the Monastiraki Square, bordering the Library of Hadrian stands a domed building with a triple-arched loggia. It was a mosque built in the eighteenth century during the Ottoman occupation by the local governor Tzistarakis.


Today, however the mosque is home to a ceramics museum, an annex of the Museum of Greek Folk Art. Unfortunately, the museum was closed at the time of our visit.

But most of this 'Great Monastery' was demolished during archaeological excavations in the nineteenth century. Little was left of the complex. Only the church remains intact.

Do libraries fascinate you? They do us -  just like museums and when we get the chance we'd pop into one at places we are visiting.


We walked down hill towards the Roman Agora in Athens after we said goodbye to the Acropolis. To the north of the Roman Agora is the Hadrian's Library. Yes...a bit in ruins but the achitecture that comes with it was overwhelming.

The Library of Hadrian in Athens was constructed circa 132-134 CE as part of Roman Emperor Hadrian’s grand re-building plan for the city.

Hadrian (76-138 CE) was the fourteenth Emperor of Rome. Known for his building projects which was perhaps his most enduring legacy. Hadrian established cities throughout the Balkan Peninsula, Egypt, Asia Minor, and Greece.

The library was the largest in Athens. It had columned façade and high surrounding walls, built to impress.  The building was used to store important literary works and legal and administrative documents as well as a place to hear lectures and host various philosophical schools.


As we left the complex, we imagined what an important centre of learning and philosophy it would have been during its heyday with books, scrolls, documents and papyri housed in the Library.
Posted by kay_leeda at 11:37 AM No comments:


It's already April. What happened to the 1st quarter of the year? It's like playing football, isn't it? You race up and down the field and before you know it time is up and game's over. Some analogy this is eh? ;)


Stories of my Greek soujorn has not much progressed. Keep promising myself that I'll get it done one of these days. Yes...fingers crossed on that "one of these days" promise. Surprisingly enough there are still folks out there who follow my stories. Once in a while I'd receive emails asking me to continue writing. Hi hi...kinda cool, isn't it? So for you out there who still follow me on Sembang, okay....I will somehow try and complete my Greek travel stories yah!

So drop by. Let's see where we are heading to next ;) 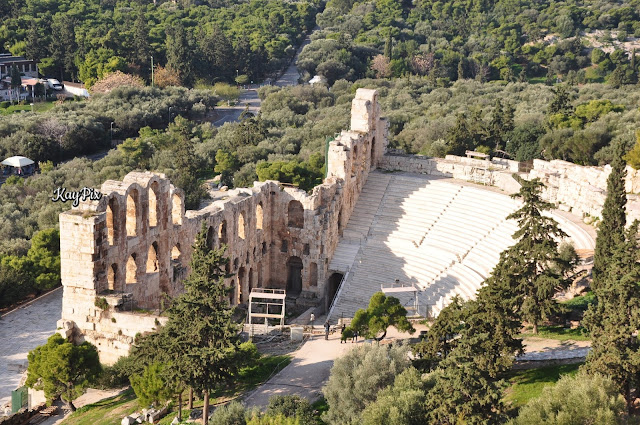 Quoting Homer in The Odyssey
“There is no greater fame for a man than that which he wins with his footwork or the skill of his hands.” 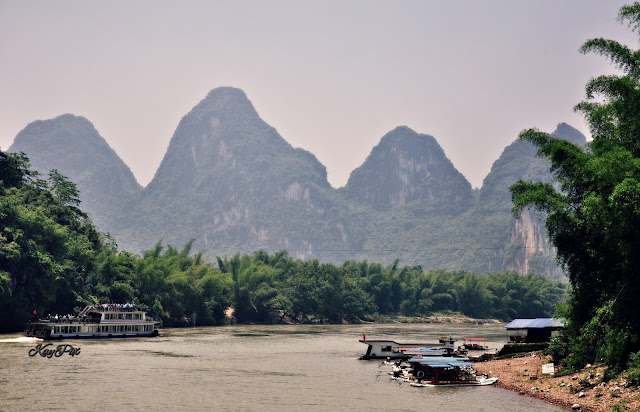 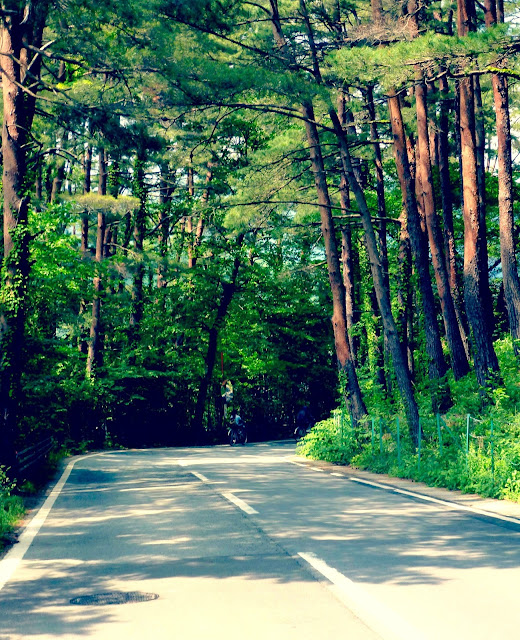 By the time we finished  doing the Parthenon, the winter sun was up. The warmth of sun made the walk pretty pleasant. In fact  it didn't feel like it was winter, felt more like spring.

We decided to take a  break. Found an empty bench nearby and took out our packed sandwiches to fill up our already growling stomachs.

After everyone was happy (read: kenyang...) we walked to another main highlight inside the Acropolis - the Erechtheion. This is a sanctuary  made prominent by the Porch of the Caryatids with the six maidens supporting the southern portico.


The Erechtheion was definitely an intricate temple. Beautiful and captivating; photography can't do justice to its beauty.

We couldn't stay long as the sun was already piercing sharp. Time to go. Time to say adieu to the Acropolis.


The Acropolis was by far one of the grandest of sites that impressed us more than we expected. There is a spirituality to standing atop the Acropolis that neither time nor cynicism can destroy.

Definitely worth the climb...a must do if you are in Athens!
Posted by kay_leeda at 3:16 PM No comments: 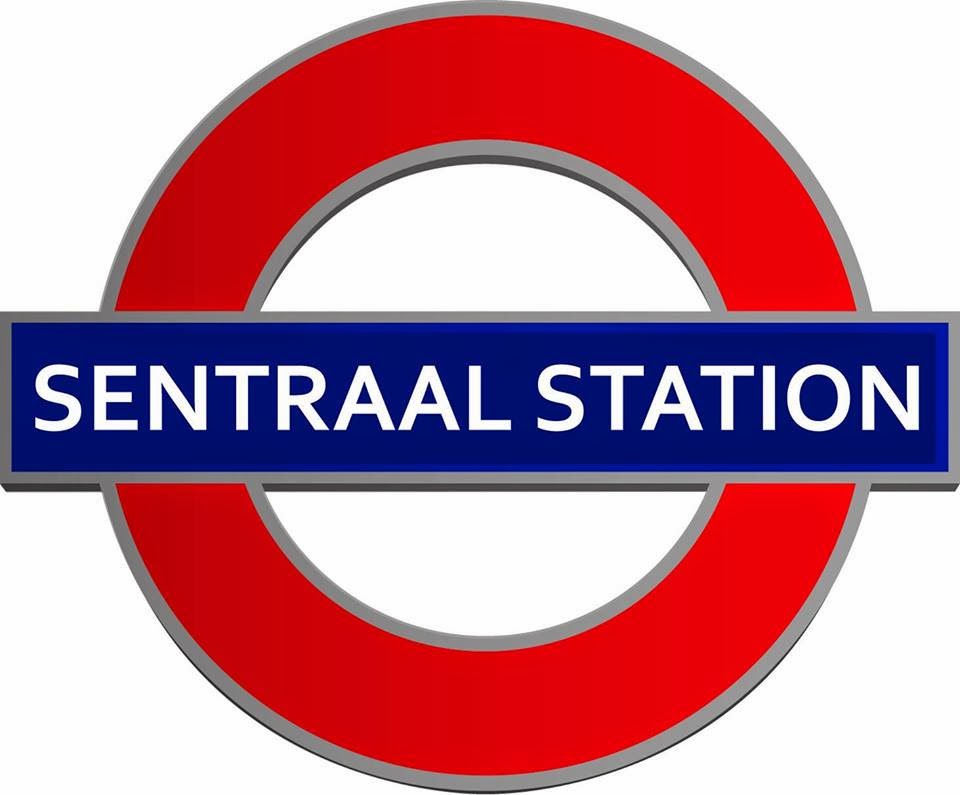 Love One and Love All 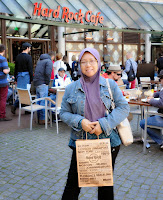 Rest of the Gang 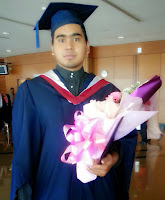